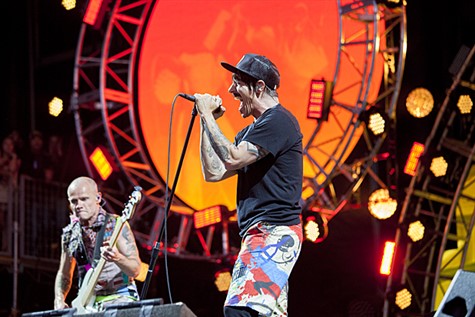 Join Yankee Trails to see the Red Hot Chili Peppers at Fenway Park in a Suite!

The alternative rock titans, originally scheduled to play Boston Calling Music Festival in 2020, will instead headline a show at Fenway Park on Saturday, September 10, 2022, as part of the band’s global tour.  RHCP will be joined in Boston by singer-songwriter St. Vincent and funk musician Thundercat.

“The 2022 tour will mark the return of guitarist and all round cosmic musician John Frusciante to the group, as well as the band’s first ever stadium tour in the U.S. Red Hot Chili Peppers will be performing their career-spanning hits as well as new music from their forthcoming album,” the band said in a statement announcing the tour.