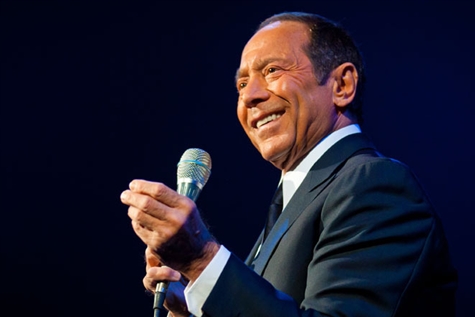 One of the biggest teen idols of the late ’50s, legendary singer-songwriter Paul Anka returns to Ruth Eckerd Hall!

Legendary singer, songwriter, and actor Paul Anka returns to Ruth Eckerd Hall for Anka Sings Sinatra: His Songs, My Songs, My Way! As well as performing his take on your favorite Sinatra hits, paying homage to his good friend, he’ll perform some of your favorite Anka hits as well. Anka became famous in the late 1950s, 1960s, and 1970s with hit songs like Diana, Lonely Boy, Put Your Head on My Shoulder, and (You're) Having My Baby. He wrote such well- known music as the theme for The Tonight Show Starring Johnny Carson. It was revealed upon its release in 2009, that Anka co-wrote Michael Jackson’s posthumous #1 worldwide hit, This Is It, which has further cemented his place upon the most prolific and versatile songwriters of any generation.

Departure from the theatre 30 minutes after the show ends. Non-stop each way.

How to Book Online