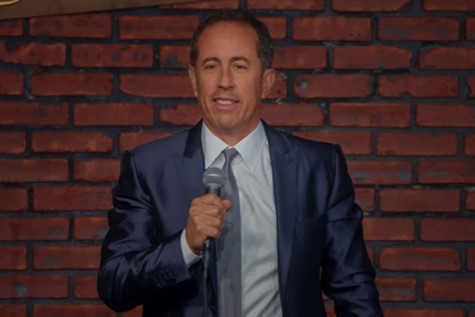 Sitcom star and all around comedy icon Jerry Seinfeld brings the laughs to Foxwoods Resort Casino!

The funny man, actor, writer, and television and film producer, is best known for playing a semi-fictional version of himself in the sitcom Seinfeld. Since the finale of Seinfeld, he co-wrote and co-produced the film Bee Movie. In February 2010, Seinfeld premiered a reality TV series called The Marriage Ref on NBC. Seinfeld is known for specializing in observational humor, often focusing on personal relationships and uncomfortable social obligations. Comedy Central ranked Jerry Seinfeld as one of the twelve greatest stand-up comedians of all time in its four-part special The 100 Greatest Standups of All Time. Seinfeld is also a bestselling author, most notably for his book Seinlanguage, released in 1993.

At the Premier Theater at Foxwoods Casino

Only small wristlets or handheld wallets, not to exceed 8" x 5" x 2". No shopping bags, backpacks, etc.