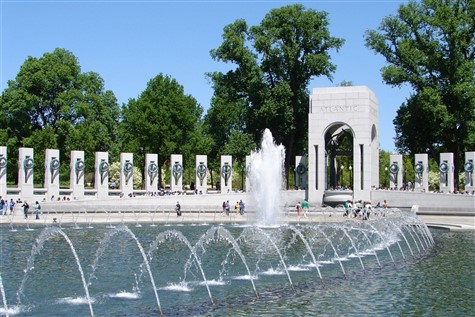 Join Yankee Trails for a memorable tour to Washington DC!

The choice of Washington’s site along the Potomac and Anacostia Rivers resulted from a compromise between Alexander Hamilton and northern states who wanted the new Federal government to assume Revolutionary War debts and Thomas Jefferson and southern states who wanted the capital placed in a location friendly to slave-holding agricultural interests. George Washington, the first president and namesake of the city, chose the site and appointed three commissioners to help prepare for the arrival of the new government in 1800. Pierre Charles L’Enfant designed the city as a bold new capital with sweeping boulevards and ceremonial spaces reminiscent of Paris of his native France. Benjamin Banneker, a self-taught African-American mathematical genius, provided the astronomical calculations for surveying and laying out the city. The full development of Washington as a monumental city, however, did not come until a hundred years later when the McMillan Commission updated its plan to establish the National Mall and monuments that most visitors to Washington now know. In addition to our touring DC we will also tour Arlington Cemetery, spend the day at the Smithsonian Institute, and see the new Martin Luther King Jr Monument!

We are off to Washington DC where we can rediscover our past and imagine an exciting future. We will travel south to our accommodations tonight at The Holiday Inn Arlington at Ballston (703-243-9800) in Arlington, VA. Upon our arrival you will have time to relax and freshen up. Dinner is included this evening at the Fish Market in Alexandria. Your meal choices are 1) Fish & Chips (Beer-battered and fried cod filets served with Captain’s fries and coleslaw), 2) Combination Seafood Pasta (Shrimp, scallops and white fish with penne and fusilli pasta in a light cream sauce), 3) Grilled Chicken Breast (served with roasted red potatoes and vegetable of the day) or 4) Sirloin Strip Steak (Prime beef strip steak served with Captain’s fries and coleslaw). Please give your entrée selection to our staff when you make your reservation. Your meal includes non alcoholic beverages, mixed green salad and dessert

A full breakfast is included each morning at the hotel. The best way to learn the history of an area is to see it through the eyes of a local guide. Our guide will meet us at the hotel this morning and we will embark on an unforgettable journey through our nation’s capital. Turn back the pages of history and get a feel for the spirit of our nation's founders on a full day city tour. You will view the stark, black granite walls of the Vietnam Veterans Memorial and drive past Capitol Hill where laws are made, the Library of Congress, the Supreme Court, the Smithsonian Institute, the Washington, Lincoln and Jefferson Memorials, the World War II Memorial, Martin Luther King Jr. Memorial, Korean War Memorial, & the Air Force Memorial. There will be time for visiting and photos at the memorials. Lunch will be on your own at Union Station. We will return to the hotel later this afternoon, and you will then have time to relax and freshen up. Dinner will be on your own tonight in Arlington in our hotel’s neighborhood.

Today following our full breakfast at the hotel, we're off to the Arlington National Cemetery for a narrated Tourmobile ride. The Arlington National Cemetery is our nation's largest burial ground with more than 600 acres of landscaped hills. Among the thousands of white headstones are Supreme Court Justice Thurgood Marshall and World Champion Boxer Joe Louis. You will be able to leave and board the Tourmobile at different points on the route. You can visit the gravesite and eternal flame on the grave of President John F. Kennedy. After our tour we will depart for home, at with an approximate arrival in the Capital District will be 8pm. Stops will be made each way.