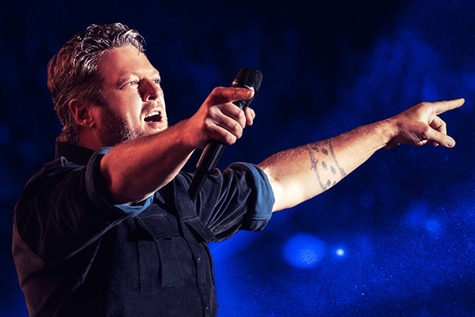 Join Yankee Trails as we tavel to the Amway Center to see Blake Shelton - Back to the Honky Tonk Tour with special guest Carly Pearce and Jackson Dean.

Shelton has ranked among Pollstar’s Top 200 North American Tours nearly every year for the past decade. His Back to the Honky Tonk Tour  follows consecutive Friends and Heroes  outings, each of which earned widespread critical praise. The Spokesman-Review lauded it as “a showcase for Shelton’s natural charisma, talent and humor,” while The Seattle Times  declared, “Blake Shelton knows how to show folks a great time.”

Pearce, fiercely rooted in the classics, left her Kentucky home and high school at 16 to take a job at Dollywood. She has grown into a woman who embraces the genre’s forward progression. Confident in what she wants to say, the committed songwriter has resonated with fans and caught the attention of music critics from Billboard, NPR, Rolling Stone, The New York Times touted her album “29:  Written in Stone” (Big Machine Records)  on their 2021 year-end Best of Lists.

Odenton, Maryland-native, Dean is a singer/songwriter known for his old-school, gritty style of country. Mature beyond his years, Dean has a daring and carefree spirit, having moved out at 18 years old to live in a cinderblock, concrete floor, one-room shack on the back of his grandfather’s property with no heat and no plumbing. Bringing the same sense of adventure to his songwriting, Dean writes both independently and alongside outliers like Luke Dick, classic writers like Casey Beathard and everyone in between. Following the release of his debut collection “Jackson Dean,” Jackson continues to show people how real music can be with the atmospheric, musically forward album “Greenbroke” out now via Big Machine Records.