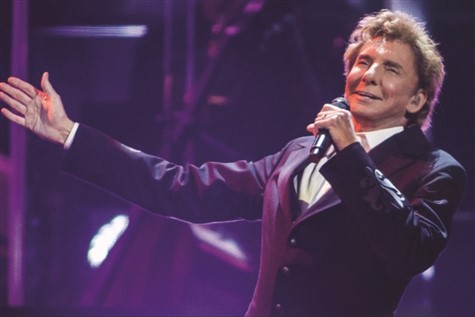 Barry Manilow is getting ready to hit the road!  The 78-year-old legendary musician has announced a string of North American tour dates billed as "Manilow: Hits 2022," kicking off Aug. 4 at Boston's TD Garden and Yankee Trails has your ticket!  This newest tour, which will span six arenas across the country in August has jazz saxophonist Dave Koz appearing as an opening act.  Recently, Manilow spoke to People Magazine about his upcoming tour and said despite not always enjoying the exhausting life on the road, he's excited to reconnect with fans onstage. "I am looking forward to maybe not the road, but to be playing for big groups of people. I don't know why, but my music seems to be holding up," Manilow said. "There are big audiences that really love hearing 'Can't Smile Without You' and 'Copacabana' and 'Mandy' and 'I Write the Songs,' so I'm a very grateful guy that they're still out there."  Elsewhere in the interview, the musician revealed he's working on a new album. "I'm hoping that there's an audience out there for songs like I make," Manilow told People. "What you listen to on the radio... There's a lot of great rhythm, but there's no melodies on the radio."

"My albums, of course, are filled with melody, and so is this new album. There's still melodies," he continued. "Maybe there's an audience out there for that."